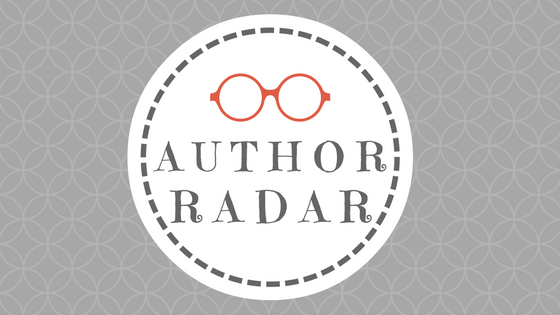 I don’t know about you, but May was an ABSOLUTE whirlwind for me! And to be honest, I’m not sure that June is going to slow down much at all. But, if you know me, you’ll know that as much as I may whine about it, being busy is generally how I roll. END_OF_DOCUMENT_TOKEN_TO_BE_REPLACED

Guys! Can you believe it’s March?! I feel like I have been waiting for this month FOREVER. I’ve got some pretty exciting stuff happening this month, (including my cover reveal for The Wanderland Chronicles TONIGHT), and I have to say I am one happy panda!

BUT before I get TOO carried away, today ALSO happens to be the first Friday of the month, and you know what that means…

END_OF_DOCUMENT_TOKEN_TO_BE_REPLACED

Can you believe it’s already February? I sure can’t! But ready or not, the new month is here, bringing with it the First Friday! And THAT means it’s time for another Author Radar! I hope you’re as excited as I am! END_OF_DOCUMENT_TOKEN_TO_BE_REPLACED

It’s a new month, and that means a new author on my radar! Since the secret is out and you all know about my AMAZING publishing company, I thought I would spotlight one of my incredible new teammates!

END_OF_DOCUMENT_TOKEN_TO_BE_REPLACED

November 4, 2016January 31, 2018 | JM Sullivan
It’s the first Friday of the month, and if I was back home in Arizona, that would mean artwalks through the Historical District in Phoenix for First Fridays.

But, since I am in the Dhabiland desert and not the Arizona desert, First Friday now means:  Author Radar.

Well, I had to keep the culture going, after all 😉

END_OF_DOCUMENT_TOKEN_TO_BE_REPLACED

It’s that time again! I have been scouring my connections and found another author of note to share with you.

She is an accomplished author, teacher, and an AMAZING critique partner.  Definitely the kind of lady you want to know.

END_OF_DOCUMENT_TOKEN_TO_BE_REPLACED

When I first considered writing this thread, the first person who came to mind is my friend, James Stryker. Funny thing is, I didn’t know Mr. Stryker until just a few months ago.
James and I connected on Twitter a few months ago when he posted a very generous tweet offering a query critique to the first 5 people who commented back. I would like to say that I was the first to respond, but I was slow on the draw and ended up being number 11 in the queue.

I was still querying my debut novel, Alice in Wanderland at this point and I wanted all the help I could get. So I had the audacity to ask James if he would be willing to make an exception for #11.

With gracefulness and generosity that I did not deserve, James agreed. Not only that, but he made my query SHINE. After his help, I entered #Pit2Pub and I had 5 requests for my query and from there, had FOUR publishers request my manuscript, and THREE offers of representation. (One of which I SIGNED with!)

Basically, James is my author hero. And he should be yours too. So without further adieu, I would like to introduce you to my friend and personal query genie, Mr. James Stryker.

END_OF_DOCUMENT_TOKEN_TO_BE_REPLACED

What’s On My Mind?